An ex-CIA operative is brought back in on a very personal mission and finds himself pitted against his former pupil in a deadly game involving high level CIA officials and the Russian president-elect. (from IMDB.com)

The movie is based on the book There are No Spies by Bill Granger. I have not read the book. If anyone has, please speak up as to whether or not it's worth picking up.

Pierce Brosnan makes his return to the world of the spy/thriller genre with a solid movie.

An ex-CIA operative is brought back in on a very personal mission and finds himself pitted against his former pupil in a deadly game involving high level CIA officials and the Russian president-elect.

The movie is based on the book There are No Spies, by Bill Granger. I have not read the book. If anyone has, please speak up as to whether or not it's worth picking up. The book and movie are likely very divergent, that does not matter to me. 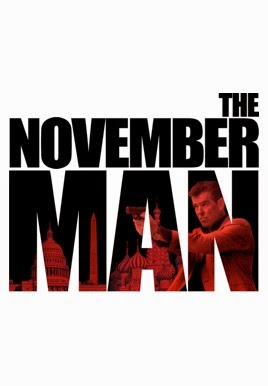 There was much speculation over the ending of Pierce Brosnan's run as Ian Fleming's James Bond. A role he strove for during and following his run on Remington and Mrs. Steele. A role I felt he was destined to play and a role I feel was destroyed by the end of his run. His third and fourth were the first Bond films I remember never seeing in the theatre. (But Goldeneye, oh Goldeneye, you were a thing of beauty.) He has repeatedly held the line that the end of his run was a decision of the production company deciding to move in a different direction. Seven years after The World is Not Enough, Casino Royale hit the big screen and proved they went in a new direction like they said they would. Post The World is Not Enough, Pierce Brosnan has stayed away from action roles. Pierce Brosnan makes his return to the world of the spy/thriller genre with a solid movie.

Pierce Brosnan plays Devereaux, a man who retired from the spy business, lives in Europe where he runs a cafe, and has a deeply burried secret that even his old friends know nothing about. The movie starts by setting up the primary male leads of Peirce Brosnan, Luke Bracey, and Bill Smitrovich's character. An Op goes down, tradecraft saves the life of the bad guy's target, but there is blowback due to a mistake. You find out later how much blowback likely occurred. We aren't told, we're just shown what paperwork was filled out. Flash forward a few years and Devereaux is a retired man when Hanley (Bill Smitrovich), his former handler, walks back into his life. Hanley shows some evidence of bad things happening and who he thinks is next, an old acquaintance of Deveraeux's.

This is a basic set up. As we move through the story, we discover that opposing players (from the same team) are working to exfil the next target, a bad ass Russian assassin (played by Amila Terzimehic), and several different reversal reveals. We learn the truth from the bad guys (of course) and it's a truth we can't handle (but we will). We learn what buried secret exists about our hero, and there are at least three reversals of who is a good guy, who is a bad guy, and who is just a selfish bastard. The movie does not confirm the death of all the characters, which could leave it open to more movies. However, I don't think another movie is needed. Everything is wrapped up in a mostly neat bow by the time credits roll.

There are elements of other spy/thriller movies at play. At times I was reminded of Bond, Bourne, and even Sam. Throughout it all, Pierce Brosnan plays it to the hilt. He is conflicted over his secret, conflicted over who is burning who, conflicted over he should let others get their revenge their way or his own, and uses whisky as necessary. In a way, this is James Bond five years later. He's done, retired, making a living outside the Agency, the Company, or in Bond's case, MI6. When completely stressed, he turns to alcohol, a feature of the Bond films I find is not as solid in movies as it is in the books. All Devereaux wants to do is the right thing to help the people that need the help.

This movie is not for people who do not like the spy genre. This movie is not for people who like big, over the top, spy movies such as Bourne or Bond. There are big scenes, but it is not a movie filled with big explosions and over the top chase scenes. It is more realistic (as much as movies can be) than that. It is a movie where the characters try to do smart things to outwit the others, before shooting each other. If this movie does not do well at the box office, it is because it does not pander to the stereotypical movie goers who just want to sit and watch a screen.

This movie is for people who like the genre. There is action, there is very little blood, and enough thinking for people who want a little brain candy. Do not think too hard throughout the movie, as there are a couple of things that occur which made me do a double take. There was nothing in the movie that made me feel like I had to see it on the big screen. It would be just as good on the television via your video provider of choice. The movie was fun to watch and is not overly bloody. In face, in most scenes involving blood, they are reaction scenes - as they should be. Showing blood after the fact reinforces the point someone was just injured. Showing blood during the fact is a way to show off the action and does nothing to move the story forward.

Moving the story forward is something done very well in this film. The writing is tight and the editing follows right along. There are not a lot of extra story bits included in the movie. The movie is stripped down to what is needed and stays focused on just that. At the same time, nothing feels left out. We need to know Devereaux is a former spy, who is a bad ass, and is thrust back into his old life. That is what we get. I find we get more than that in movie's today. I don't want exposition. I want a tight story that moves along and gets me to the end. Exposition will show itself in the actions of the characters and the actors portraying them. 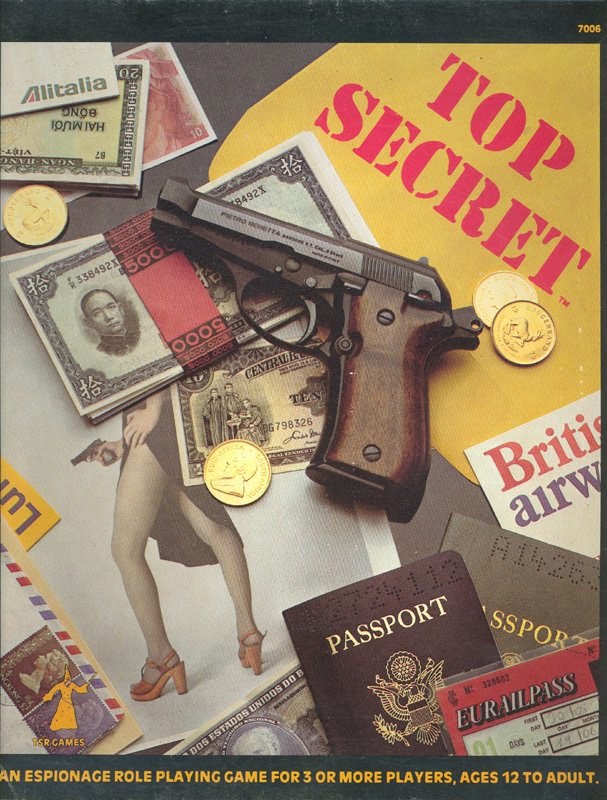 For those of you playing Night's Black Agents or other spy games (Spycraft, Top Secret, or even James Bond), this is a good movie for you. The activities are present for you to see and count the spends. When Bill Smitrovich's character is being questioned, he spends the points to resist interrogation, playing the situation back on the interrogator. They then spend more points to bad ass the situation up. When Luke Bracey is racing to save the day at the end of the film, he burns through at least six points in Athletics and likely another 10 in Firearms, looking like the pro he is throughout the entire sequence. When Devereaux needs money or to move between locations, it stays in the background like it should with an NBA game. "I spend Preparedness and hand a wad of money to the girl" and then we see the money exchange hands. There is no, "Let's go show where all of this money is hidden" business you see in many movies. We already know Devereaux is a bad ass, so why would we need to watch him go get his money? On the technology side, there is a hand held cell phone tracker that I do not recall seeing in a film, before. We see the use of an aerial, unarmed drone. They even track cell phones that are not being used to locate someone.
Posted by Undeadhost at 9:51 AM