The End of the War of the Cross 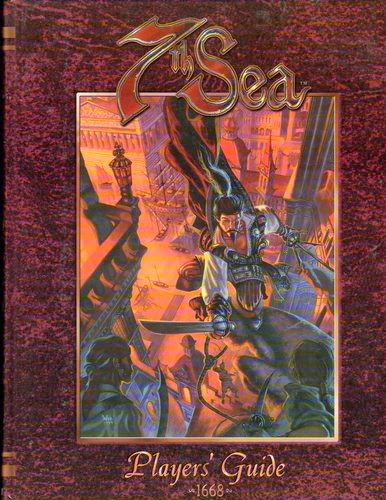 Beginning
I ran a one shot over the weekend for 2 of my 3 regular players. The 3rd was out of town. Instead of running a continuation in the normal game, we opted to go with something different. I thought something more high energy and potentially high excitement, with dice gimmicks could be fun. Sadly, I slept in and was not able to work in the dice gimmicks. Instead, I came up with quick characters via Ghosts of Albion for a game set in Theah, AEG’s 7th Sea setting.

Unisystem is a natural for me to default to, as I have mastered its craft many years ago. I would love to get to that level with nWoD, but I have no interest in paying for the books I would need to really understand the game and its tweaks from under the hood. In short time, a cavalier, a soldier, and a hunter were all designed at a mid-power level tier.

The scenario involved the two party members traveling home after the War of the Cross. One was from Montaigne, the other Avalon. The rest of their traveling compatriots had gone their own ways by the time we joined the party. They stopped off in an Eisen village for the night. By the following morning they were involved with ghouls, mercenaries committing foul crimes, and a mayor’s wife being kept alive Elizabeth Bathory-style. Let us not forget, the laissez-faire Pierre the chef. Provider of fine wine and back door entrances to utilize en route to killing the mayor’s now-vampire wife. 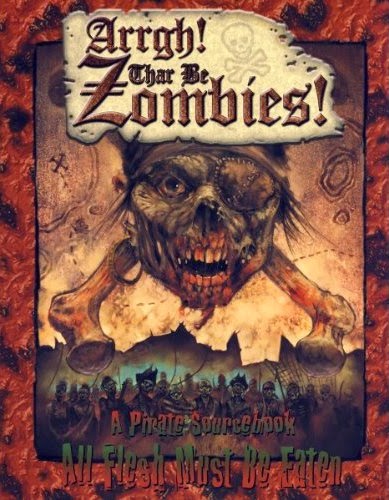 System
Unisystem didn’t fail us and the players had fun. I would really like to try and run a 7th Sea game, some day. I played in a one-shot of Legends of the 5 Rings and it was as deadly as I desired. At that same time, I think long term games might churn through player characters, as played in the one-shot. There is talk of a new edition of 7th Sea. While Unisystem is not out of print, there is only a slow trickle of products
produced each year, including reprints. However, I think I have all I need with what is in print. I would just need to pull it from various books. 7th Sea is out of print, but L5R is not and has updated rules if I need references. However, 7th Sea is limited by what is available in terms of the world. The game’s setting is Euro-centric and has no magic system for voodoo that I have seen. The idea of a swashbuckling game without voodoo and Caribbean references is a bit bothersome to me. However, the game always struck me as more 3 Muskateers and not a Disney ride. Still, Caribbean, or if it is there in the Pirate Islands, I need to read up on it more.

Another alternate is Savage Worlds utilizing Solomon Kane and Pirates of the Spanish Main. Savage Worlds also has a plethora of products out there, much akin to Unisystem, and I can cobble together whatever would be needed.

Still, I need to research more into 7th Sea and the available rules. I have played in a True 20 game of swashbuckling via Freeport. I would rather move on to something new. Perhaps there are items in Witchhunter I could use, as well? 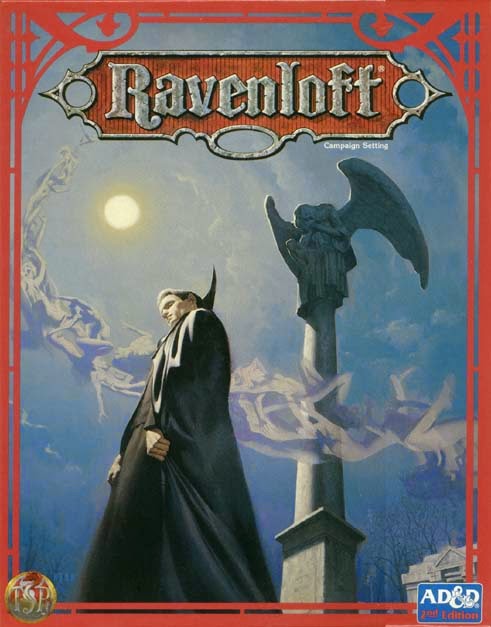 This all started with my wife asking me to pick up Diablo 3. She wanted a game to play with me that was not a first person shooter. It was on sale, so we picked it up and started playing it that very day. Right away, the game reminded me of Ravenloft and my small amount of experience with that. It also came to remind me of the tone in Obsidian. There were angels and demon infestations, cities using portals for travel, and plenty of violence.

The more I thought on the idea of a 7th Sea game, the more I wandered towards influences from those other games. The Mists from Ravenloft may be why lone travelers use the gate/portals found in Diablo 3. The merchant’s guild hires soldiers and knights to guard the caravans from attacks. Perhaps the leaders of the caravans or the drivers of the wagons have a psychic ability that allows them to traverse the Mists, similar to the Vistani from Ravenloft. The fact these people exist and are in the employ of the merchants leads to the merchants gaining more and more power in the realm.

At the same time, dread powers are encroaching upon the land due to the War of the Cross results. Fields of slaughtered villagers side by side with burnt fields next to soldiers still clinging to their life as they lie dieing in the battlegrounds. Torment, strife, apathy, all these things to draw demon lords into the realm.

Maybe the 7th Sea metaplot can be worked in, maybe not. I am not overly familiar with it and what little I know does not impress me.

Real World versus Fantasy World
The next question becomes, does one use the real world for such a setting or does one use a fantasy world, such as Theah, or Ravenloft? In my mind, I want to utilize a fantasy world. While my players are not generally history majors and that would not preclude me from changing things up here and there, I prefer to step away from our world. In addition to that, Theah seems a bit more simpler than our world. Then again, it could be due to my unfamiliarity with it.

All of these thoughts lead to the following four paragraphs, which I quickly wrote out before falling asleep that night after running the game.

The War of the Cross has ended. Eisen is a disaster. The government is in shambles, the people are destitute, and the farms are barren. Other countries are entering Eisen to claim territory under the guise of protecting their own sovereignty. Powerful individuals and groups within Eisen are doing the same.

The amount of emotional torment has allowed demon lords to enter the real of Theah. They have begun land-grabs of their own in the battlefields from the war. The Church of the Prophets does not realize this is occurring. Instead, they are focused upon the end of the war and the beginning of the Inquisition. Meanwhile, monsters both human and inhuman have begun to roam the lands of Theah. The growing darkness goes unseen in most lands.

Local soldiers and citizens realize things are amiss, but remain uncertain of where to turn. The church is focused internally. Governments are mostly unstable or detrimental to their own people. The common man is powerless to influence either the religious or political rulers. In times such as these, it will take men and women of great virtue and conviction to bring light to the darkness.

The strengthening of the merchant class is occurring while all else appears bleak. Armed caravans cross the countryside to bring trade goods where they are needed and occasionally, desired. It is with one of these caravans that we find our cast of characters. . .

Posted by Undeadhost at 8:08 PM No comments: