The Large Farm: a location for survival horror roleplaying games

This farmhouse was old before the apocalypse. The American Prairie Foursquare style suggests early twentieth century, but the add-ons suggest well used through the century. A covered porch lines the outside of the house. The front and a side door both stand open, welcoming all visitors – even the raccoons and squirrels who have claimed squatters’ rights. One or two windows are broken or missing, but the outside of the house is in good, overall condition.

A gravel drive leads from the country road to the front door and then on to the work yard where several out buildings await. Small trees dot the front lawn and large conifers line the drive, whereas maples line the country road. Two tractors sit next to a large barn. A baler is connected to one tractor and a cultivator is connected to the other. Inside the barn is equipment to work on the tractors and other equipment around the farm. There is also a broadcast seeder, row planter, harvester, a parts tractor similar to the two outside the barn, and a blue, 1973, Plymouth Fury.

A smaller barn sits off to the side of the larger barn. Dead bodies fill this smaller barn. The bodies contain sharp farming implements in their chests and skulls. The bodies were placed here a very long time ago. This barn was used as storage for hand-held equipment.

A curtain barn for pigs and a livestock barn for beeves are further back on the property. There are skeletons of animals here, but nothing living.

The fields for this farm once ranged over several hectares. Most of that land is gone to seed or taken over by trees and brush.

The Good:  the inside of the farmhouse is in good condition. Animals have come and gone, but nothing currently resides inside the building. At some point, a recent resident installed equipment to create a heated pool of water in the backyard, which feeds into the house to the shower.

The basement contains food stores. Most of it is cans of soup no one likes. There are canned beans, mushrooms, carrots, peas, and pears lining one wall of the basement. There are many tables and chairs in the basement.

The upstairs of this farmhouse contains one full size bathroom, one master bedroom, and four smaller bedrooms. There is a set of stairs in the master bedroom leading to a finished attic. The finished attic contains boxes of memorabilia of several generations. This includes pictures, school jackets, wedding gowns, jewelry, and books. The bedrooms are all outfitted with clothing and bedding ruined by time and moths. It will take some work, but the bedrooms can be cleaned up and used properly. The bathroom on this level is not connected to the heated water source. However, it does contain several large mirrors and fine quality grooming tools.

The ground floor of the farmhouse contains a large kitchen, good sized dining room, smaller bathroom (which is connected to the heated water source), and a living room which extends across the front of the home. The kitchen is filled with pots, pans, plates, cups, silverware, spatulas, and even knives. The dining room has a table that will seat eight comfortably. The living room is large enough to entertain relatives for the afternoon. Poking around the closets on the ground floor, an old, small caliber, bolt-action rifle is found. It needs oil, cleaning, and bullets.

The Bad:  a pack of coyotes claims the property as their own and is sleeping throughout the house. They will fight player characters who attack with hand-to-hand weapons. They will flee from gunshots.

There is no canned food in the basement. There is no source for hot water. The utensils in the kitchen are mostly broken and the flatware is rusted. All of the knives are gone.

The bodies in the small barn are not all dead and begin moving about after the player characters walk away. Old, dried blood covers the farming equipment.

The Ugly:  the house is as described, but as the player characters move throughout the house, they get the sense someone else is living here. Water drips from a faucet. Fresh clothes lay out on well-kept beds. The kitchen floor is smeared with something wet. Maybe it is mud, maybe it is something else.

Once the player characters are fully convinced they need to leave, the residents of the property arrive.

The house is the base of operations for a group of cannibals referred to as, “The Animals.” They are named for the fact they all wear different animal masks. They do not use vehicles, preferring to hunt their prey on foot. They do not like to use firearms or blades when hunting or fighting, as they prefer their meat tenderized by blunt instruments. Additionally, if they capture their prey far from home, they would rather force the prey to walk home than carry it home.

The leader of the group is Pig Woman. She wears an old, rubber pig mask, and a pink wedding gown. Her preferred weapon is a rolling pin, but she also carries a machete and a medium caliber pistol. Pig Woman has seen too much to go about the world without a gun. Pig Woman is often seen with Rabbit Girl, Horse Head, and Unicorn Man. While there are others in the group, these are Pig Woman’s right hoofed partners.

Rabbit Girl is adept at using escrima sticks to stop her prey. She typically wears blue jeans, low-top shoes, and a faux fur jacket. It is impossible to tell Horse Head’s sex, but the body is built like a horse and the person not only likes to use a wooden axe handle, they are also very good at setting leg traps. They wear work boots, sweatshirts, and well-worn blue jeans. Unicorn Man was a martial artist before the fall and continues to hone his skills. When those skills fail him, he will resort to using an Intratec Tec 9. Unicorn Man wears loose fitting clothing that allows him fleet movement. The clothing is using of dark color, but he really does not care.
Posted by Undeadhost at 9:45 PM No comments:

Cast Members have three points per session. This amount cannot be changed with Experience Points. If they are not spent during the game session, they do not add to the pool in the next game session.

The inspiration for these comes from wanting something more movie magic than TV magic. A few feel over-powered and I may need to drop them. I plan to try these out in a 2- or 3-shot game I am running soon. 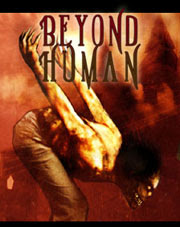 Die Rolls
I’m Better than That:  Spend point after the roll to raise the success level by one; for example raise a botch to failure or a failure to a success, etc.; cannot be used with damage rolls
Shiny and Chrome:  Spend point before roll for a +10 to the result; cannot be used with damage rolls
·     Fuck It:  Spend point and break a piece of essential equipment for a re-roll (equipment breaks after the roll, as the cast member uses it during the roll); further points may be spent to raise the success level or for a +10 to the roll

·    Other
Where Did That Come From?:  Spend point and have a piece of equipment to use that the character could reasonably had the opportunity to pack (or steal) and have on them at this point in time of the game

Posted by Undeadhost at 10:13 PM No comments: